CULCON XXV
“This year celebrates the 50th anniversary of CULCON, the United States-Japan Conference on Cultural and Educational Interchange.  CULCON was born in the wake of the demonstrations against the U.S.-Japan security treaty amendments of 1960, which caused President Eisenhower to cancel his visit to Japan.  In autumn of the same year, Edwin O. Reischauer’s “Broken Dialogue with Japan” spurred both a sense of crisis and suggested an agenda.  This was the low point in the U.S.-Japan relations. Addressing the issue of improving the dialogue, Prime Minister Ikeda and President Kennedy founded CULCON in 1961… ” (CULCON XXV, Joint Statement)
The 25th United States- Japan Conference on Cultural and Educational Interchange (CULCON) was held in Tokyo on April 10, 2012. 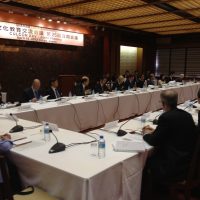 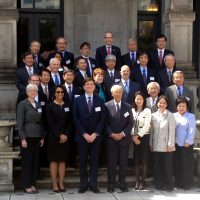 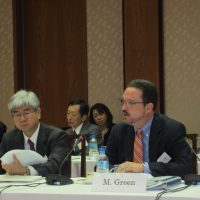 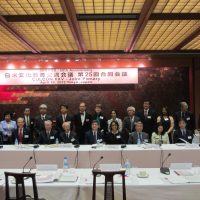 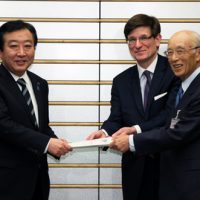